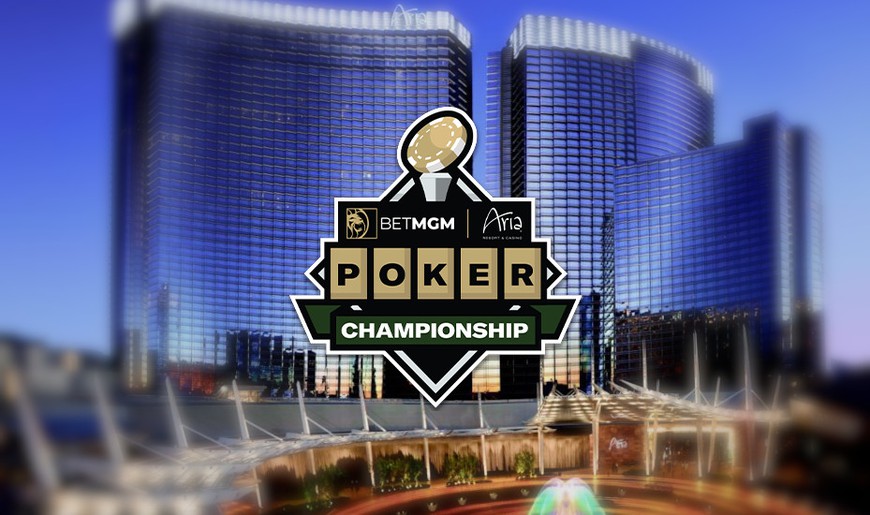 The $3500 buy-in event will headline the 2022 ARIA Poker Classic . Other tournaments, including a $600 Mystery Bounty event, will fill a four-day period of BetMGM poker festivities to run from June 23 to 26.

This is yet more evidence that the operator, which is already live for online poker in three states, is preparing to launch BetMGM Poker Nevada soon — something that has been in the cards for many months . BetMGM Poker Championship: Key Dates

Last verified: May 2022 What BetMGM and Ambassadors Say About the BetMGM Poker Championship

“The first-ever BetMGM Poker Championship descends on Las Vegas during one of the most exciting times of the poker season,” said Luke Staudenmaier, Director of Poker, BetMGM. ARIA Poker Classic 2022 schedule The ARIA Poker Classic runs from June 1 through to July 17, with almost 50 events spread over the six week period. Every tournament boasts a guarantee. It coincides with the competing World Series of Poker 2022 , which runs over very similar dates.

“ARIA is a legendary poker brand and we’re thrilled that the Championship has become an integral part of this year’s Poker Classic,” Staudenmaier added. “Through our relationship with MGM Resorts and its world-class U.S. properties, we’ll continue to leverage event programming and connect with players both online and in their favorite poker rooms.”

“Excited to announce this event at [ARIA Las Vegas] this summer and the start of a new era of qualifying players online to major [BetMGM Poker] live events across the US,” stated BetMGM ambassador Darren Elias on Twitter.

The tournament itself had actually already been announced. Tournament Poker Manager Paul Campbell tweeted the full schedule of the ARIA Poker Classic back in April and headlining that was a $3.5k buy-in “NLH Championship,” with two Day 1s.