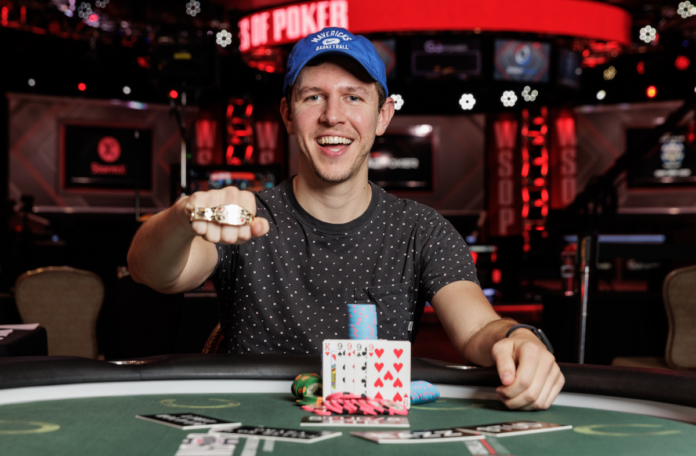 Lawrence Brandt won his second bracelet of the summer as he joined Dan Zack and Espen Jorstad with double gold at the 2022 WSOP. With five events taking place on a superb Sunday of action, Bally’s and Paris were filled with WSOP hopefuls looking to either save their summer or seal yet more profit on an already thrilling trip to Las Vegas. Three bracelets were won on the day in live events as Brandt Wins Second Summer Bracelet for $205k

Lawrence Brandt won his second bracelet of the summer, joining Player of the Year leader Dan Zack and newly crowned world champion Espen Jørstad as the only other player to make it a double in Vegas during the 2022 World Series of Poker.

Taking down the title in Event #84, the $3,000-entry H.O.R.S.E. event, Brandt got the better of both Tomasz Gluszko (3 rd for $87,687) and Roberto Marin (2 nd for $126,895) as two massive stud hands proved pivotal in propelling Brand to the summit, with quad nines the winning hand to earn the bracelet over Marin at the end.

After winning Event #58, the $1,500 PLO Hi-Lo 8 or Better event, way back in June, Brandt has achieved something no-one other than two of the stars of the 2022 WSOP have done and won his second bracelet of the summer. There’s still the Tournament of Champions to be won too, with the added event taking place between July 18 th ad 21 st this week.