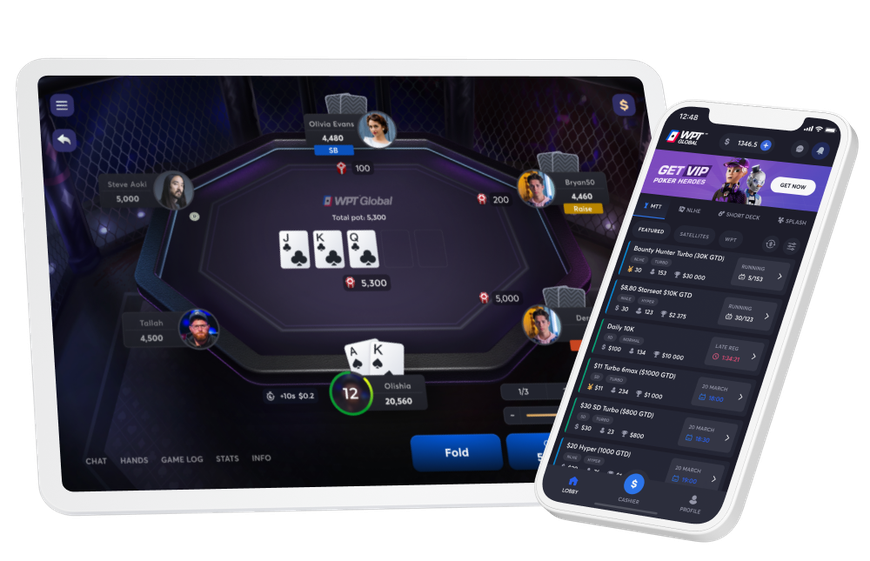 Honestly, It all came out of nowhere. The beloved World Poker Tour brand, a massive liquidity pool, a strong team, & an innovative approach to fair play & game integrity. I am proud to be leading this fast-growing business.

The first time anything was made public was when veteran online poker industry exec Alex Scott posted to LinkedIn in early April that he was starting a new position as General Manager of a new company, WPT Global. This was cross-posted and pinned to his Twitter.

On the same day, consumer affiliate site PokerListings shared that it was collaborating with the company “as one of the few exclusive partners within online marketing that will support [its] player acquisition,” Scott is quoted as saying. PokerListings’ parent company, the Swedish publicly-listed affiliate company Acroud, has also promoted the launch on some of its other properties.

Then, with zero fanfare, WPT Global soft-launched global real money online poker on Wednesday, April 13. A few other media partners wrote up the debut — including the Flutter-owned PokerNews, on April 19 , and World Poker Deals a few days later.

Beyond that, there has been no media blitz, no ambassador engagement, not even a press release. Real money online poker room launches today are very rare and when it involves an iconic brand such as the World Poker Tour, it is even more baffling.

‘WPT Global has all the ingredients to be a success,” said Alex Scott to Poker Industry PRO late last week, when we approached them to discuss their debut. “The beloved World Poker Tour brand, a massive liquidity pool, a strong team and an innovative approach to fair play and game integrity. I am proud to be leading this fast-growing business.”

Scott and the company are otherwise tight-lipped as to their origins and their plans. However, piecing together public statements and digging online, Poker Industry PRO can reveal a lot more — their business, their product, their existing massive player base — and their even more ambitious plans.