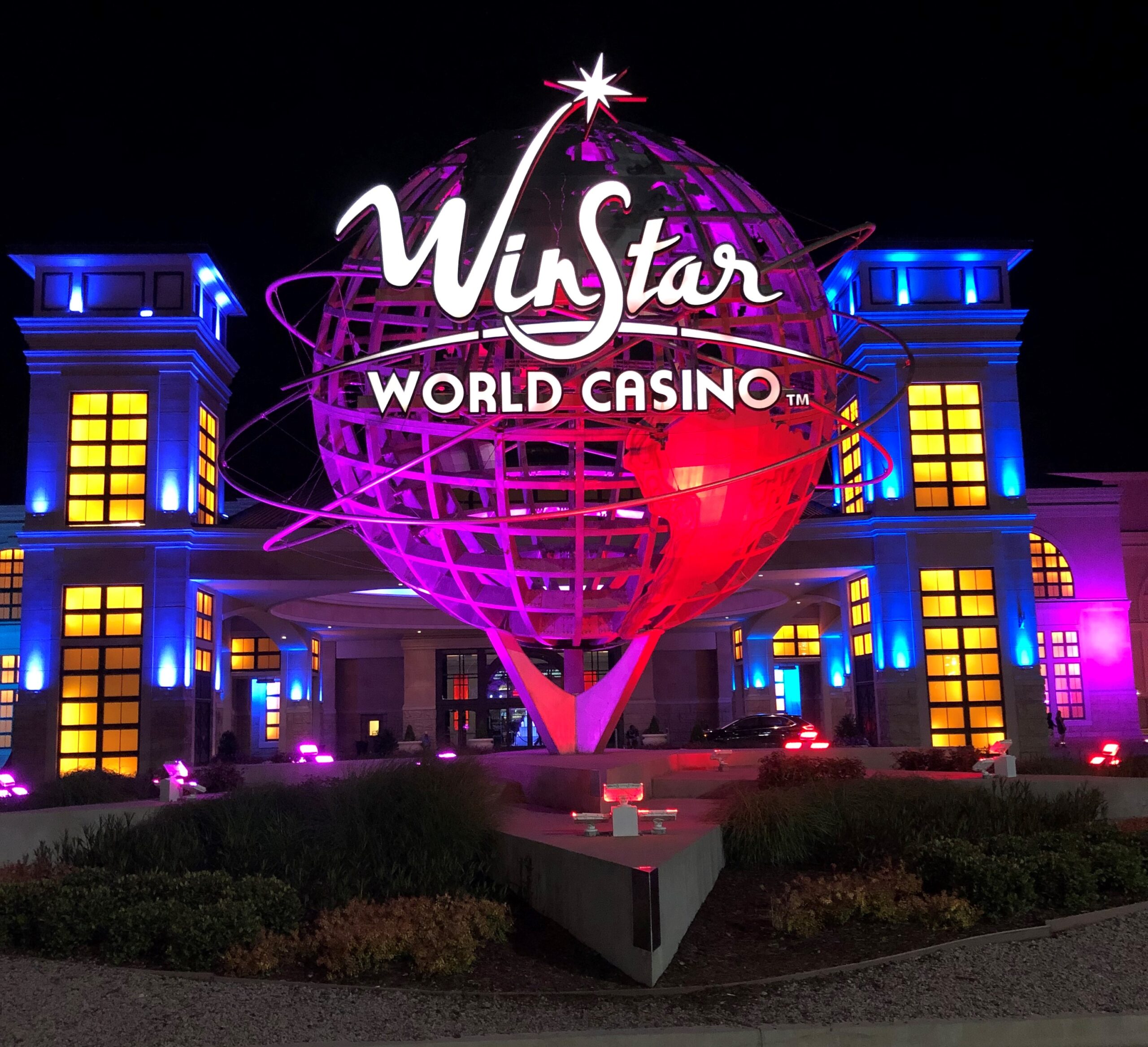 WinStar World Casino and Resort in Thackerville, Oklahoma, seen in June 2019, draws much of its business from the Dallas-Fort Worth metroplex. (Howard Stutz/The Nevada Independent) Good morning, and welcome to the Indy Gaming newsletter, a weekly look at gaming matters nationally and internationally and how the events tie back to Nevada.

If a colleague or associate emailed this newsletter to you, please click here to sign up and receive your own copy of Indy Gaming in your inbox. – Howard Stutz

A U.S. Supreme Court ruling last week was a victory for a Native American tribe in Texas that had been in a legal tussle with the state over the use of electronic bingo games on tribal land going back to the 1990s.

But the decision could have other ramifications for the Texas gaming landscape, where efforts led by Las Vegas Sands to legalize commercial casinos have been unsuccessful since the mid-2000s.

For example, WinStar World Casino and Resort is located in Thackerville, Oklahoma, on Interstate 35, just across the state line from Texas. The casino, operated by the Chickasaw Nation, has the largest casino floor in the U.S. – 698,000 square feet – and draws much of its business from the Dallas-Fort Worth metroplex.

The 5-4 ruling by the justices allows the Tigua Indians of El Paso, formally known as the Ysleta del Sur Pueblo, to operate bingo at an El Paso entertainment center. Analysts said the ruling will also benefit the Alabama-Coushatta tribe, which has been fighting with Texas officials over bingo operations on its reservation, which is located an hour’s drive north of Houston.

A third tribe, Kickapoo Traditional Tribe, has bingo-based games at a casino in Eagle Pass, two hours west of San Antonio. But the tribe’s gaming operations are covered under a different federal law.

In a research note written shortly after the Supreme Court decision was announced, Truist Securities gaming analyst Barry Jonas said the ruling would have […]