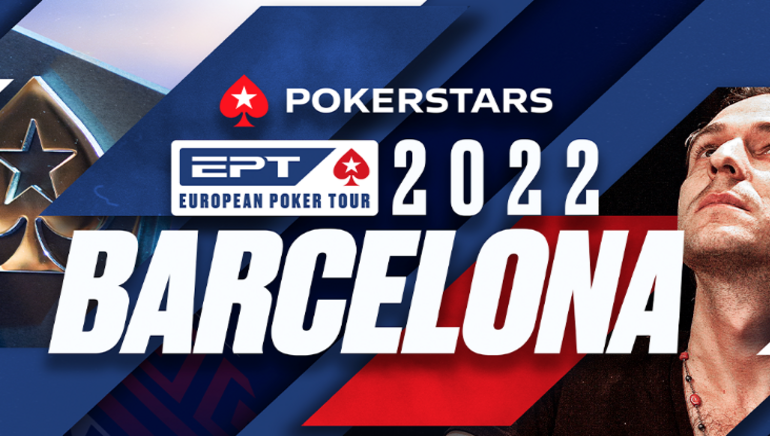 EPT Barcelona is right around the corner. Players are getting ready for a packed poker schedule from August 8-21, 2022. The PokerStars EPT is a big deal. This poker festival kicks off in earnest Monday, August 8, 2022, and runs for two weeks through Sunday, August 21, 2022. PokerStars has ignited a firestorm of interest in the European Poker Tour, Barcelona. The poker events kick off on August 8 a Marina, 19-21 (Port Olímpic) 08005 Barcelona, Spain .

EPT Platinum Pass Mystery Bounty: August 17-19 – €3,000* EPT Women’s Event: August 19-20 – €500 EPT High Roller: August 19-21 – €10,300 *The Platinum Pass is added to the Mystery Bounty Prize Pool in the tournament. This illustrious event is held at Casino Barcelona, annexe at Hotel Arts. Participants must meet the minimum age requirement of 18+, with a casual dress code and a valid government-issued ID or passport. The Prestigious Platinum Passes – Three Times a Charm! In addition to the many tournaments, 3X $30,000 Platinum Passes will be handed out during the event. These passes will allow players to play in the PokerStars Players Championship in the Bahamas next year, which is running at a $25,000 buy-in.PokerStars will host the EUR3,000 buy-in EPT Platinum Pass Mystery Bounty on August 17. One lucky player will win a prized Platinum Pass. The Pass will be added to the prize pool and hidden inside one of the envelopes given to players during a poker knock-out challenge. The event will run until August 19, with bounty opportunities starting on Day 2.A second Platinum Pass will be awarded as part of PokerStars International Women’s Day activities from back in 2020. This promotion recognizes women worldwide who have made a difference in the […]