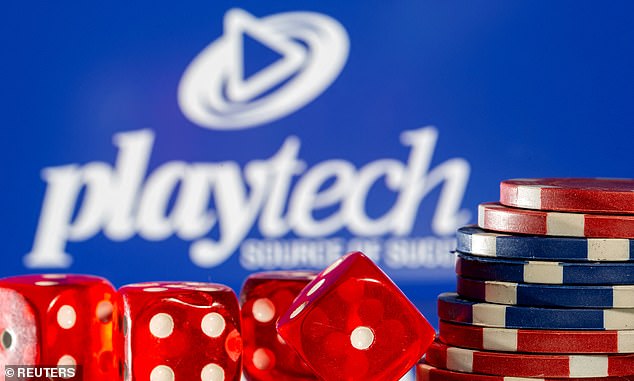 The prolonged battle to acquire Playtech will continue into mid-summer after one of its most prominent investors was given another month to make an offer.

Investment firm TTB Partners was previously given until 5pm today to make a ‘put or shut up’ offer for the gambling software developer, but now has until 15 July to ‘clarify its intentions’.

Talks regarding a takeover by the Hong Kong-based group were first confirmed back in early February, just after a failed £2.1billion bid for Playtech by Aristocrat Leisure, an Australian slot machine manufacturer. Further Extension: TTB Partners was previously given until 5pm today to make a ‘put or shut up’ offer for Playtech, but now has until 15 July to ‘clarify its intentions’ A majority of Playtech shareholders voted in favour of that 680p-per-share proposal, but still far below the 75 per cent threshold required for it to be accepted.

Prior to that point, a consortium led by businessman and ex-Formula One team boss Eddie Jordan had been in discussions regarding a £3billion offer, while Gopher Investment was also considering a rival bid.

TTB Partners was an adviser on the latter deal, also worth around £3billion, before it collapsed in late November and the group decided to make its own move.

Last month, analysts at Peel Hunt described the extended talks between the two parties as progressing at the pace of a ‘council of snails’, which they suggested may be the result of ‘volatile markets’.

However, they said the new deadline extension was an ‘encouraging sign’ and has held its buy recommendation and 800p target price for investors.

In a statement released this morning, Playtech said: ‘This is not an announcement of a firm intention to make an offer, and there can be no certainty that an offer will be made, nor as to the terms on which any offer will be made.

Founded in Estonia in 1999, but headquartered in the Isle of Man, the company designs software for online gaming applications such as internet poker and bingo, sports betting and fixed-odds arcade games.Clients have included some of the UK’s biggest bookmakers, ranging from Betfair to William Hill and […]