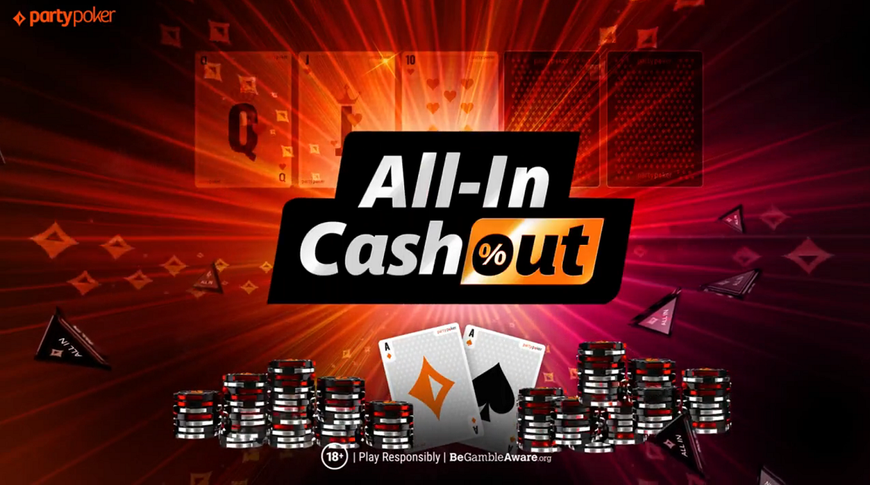 Having the option to hedge the risk of a bad beat when all-in will hopefully give some players more piece of mind while making bold movesThe equity cashout feature that lets players insure their hand in an all-in situation has gone live on partypoker, just weeks after PRO had exclusively reported its development.

Launched under the name “All-in Cashout,” partypoker now becomes the fourth major online poker operator to launch such a feature.

Much like its competitors, the new insurance option offers players protection from bad beats by letting them purchase the equity of the hand for a 1% fee when they face all-in with no further action pending.

PRO revealed the operator had been working on such a feature nearly three weeks ago. On June 20, the feature made its debut on partypoker and is currently available for both No Limit Hold’em and Pot Limit Omaha cash game tables including the operator’s fast-fold tables, fastforward .

“We are excited to introduce this new feature to our cash games and fastforward tables,” said Vadim Soloveychik, Director at partypoker. “Having the option to hedge the risk of a bad beat when all-in will hopefully give some players more piece of mind while making bold moves, which will add more thrill to the game for all players.”