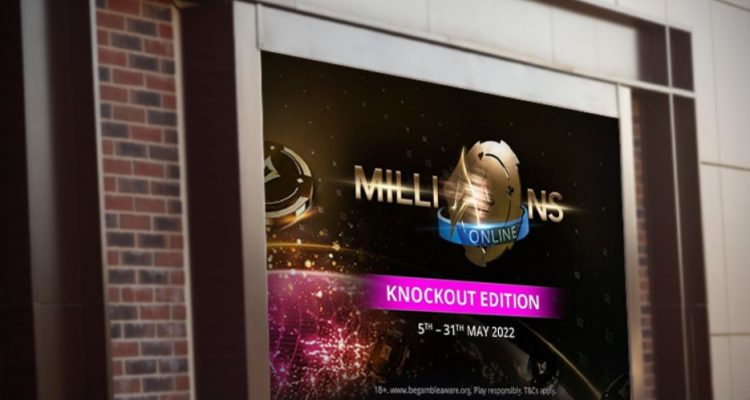 After close to a month of action, the partypoker MILLIONS Online KO Edition has come to a close. The online poker room decided to jazz things up a bit in May, offering its members a KO edition of the popular MILLIONS series. Just a few days ago, the Main Event of the series concluded, providing Felipe Boianovsky with just over $150,000 for earning the first-place win!

The event was supposed to offer only $1 million in prize money, but with 1,249 players entered, the pool was boosted to $1,249,000! Half of the amount went to the bounty for each player, and the remaining 50% was shared among the event’s top finishers.

The final table of the event saw eight players competing , and it would move quickly. Two players were out fairly early due to short stacks, including Boris Angelov and Patrick Hyllegaard. As players were knocked out, the winner of the hand took the bounty, adding more to their total. Online poker players would continue to go down left and right until only Boianovsky and Ignas Vitulionis remained. Boianovsky would have a three to one chip lead and he was not going to back down. On the final hand, Boianovsky was all-in with queen-six of diamonds and Vitulionis was in with his final 13 big blinds holding pocket 10s.

A queen on the flop helped Boianovsky and the six on the river secured the hand and the win. Boianovsky is now the first-ever Main Event champion of the MILLIONS Online KO Edition . He earned $79,908 in prize money and $70,255 in bounties with the win.

The MILLIONS Online Knockout Edition took place online at partypoker from May 5-31. Players enjoyed the special series with the schedule consisting of only progressive knockout events. Each tournament saw a player have a bounty […]