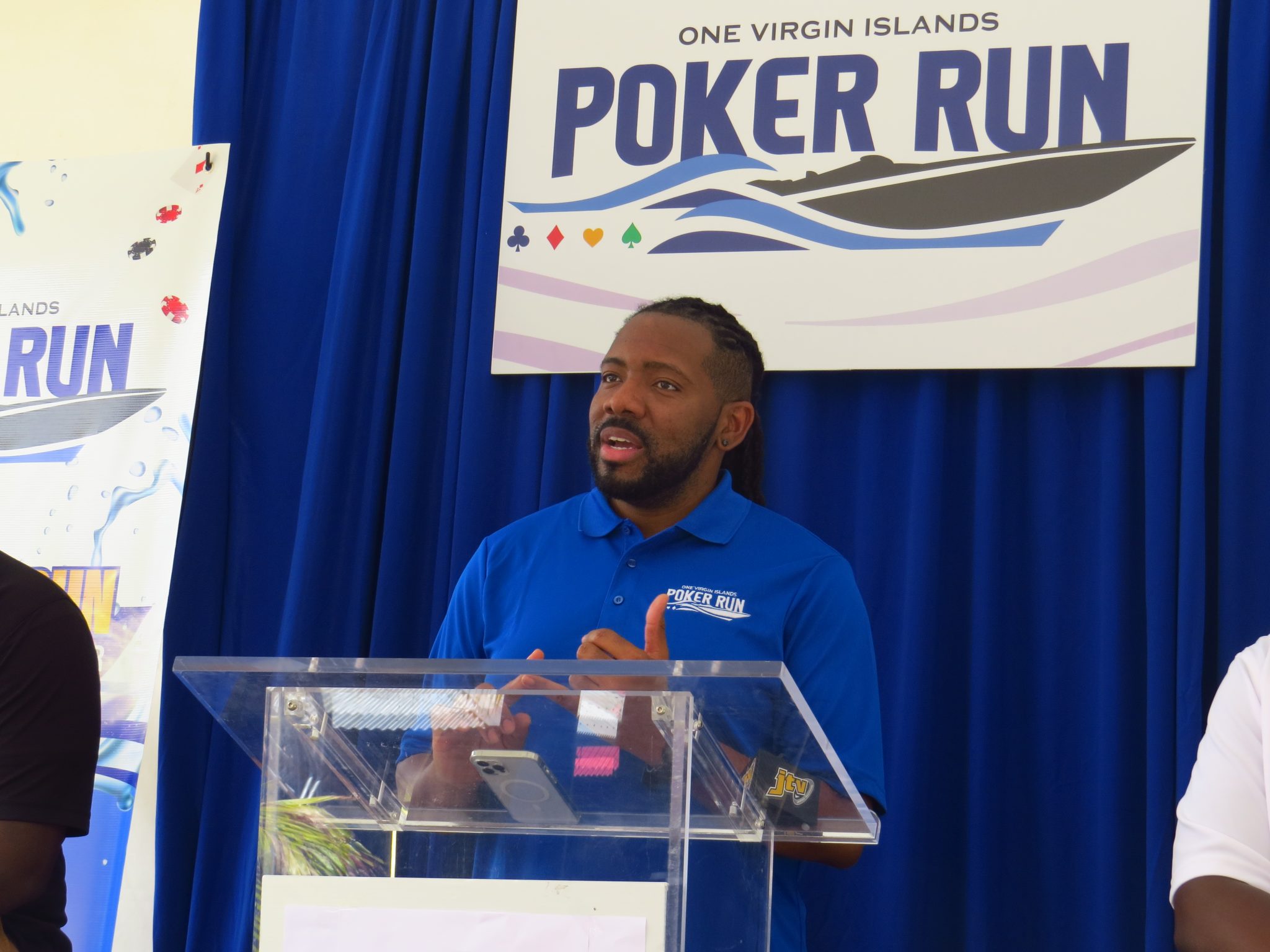 Organisers of the One VI Poker Run said they plan to support Ivan Dawson Primary School, Enid Scatliffe Pre-primary School, the BVI Autism Centre, and one other non-profit organisation with the funds they raise at the July event. (Photo: DANA KAMPA) A new three-day poker run is being planned for early July, and organisers said in a press conference on May 24 that they hope to raise enough funds to modernise two primary schools in the territory and support the BVI Autism Centre.

The One Virgin Islands Poker Run will kick off on July 1 with a welcoming bar-crawl poker run at Myett’s Chill Zone in Cyril B. Romney Tortola Pier Park, which organisers said will provide a chance for anyone not looking to venture out on the water to still get involved.

July 2 will feature music by VI artists and other entertainment, and the main run takes place on July 3.

“The heart of this is to have fun while making a difference,” said Dr. Michael Turnbull, who created the organising committee.

The event is separate from the 19th annual Leverick Bay Poker Run , which was postponed this year due to Covid-19 regulations and is now scheduled to be held next May. Planned route

The One VI Poker Run will begin and end at Paradise Bar & Lounge in Cane Garden Bay. Marketing manager KareemNelson Hull said boaters will take the “scenic route” around the islands, stopping at Foxy’s Tamarind Bar on Jost Van Dyke, steering east to land at Blunder Bay on Virgin Gorda, stopping for a buffet lunch and refuelling at Loose Mongoose on Beef Island, proceeding to the Pier Park, and finally returning to Cane Garden Bay for the final card draw and other evening events.

The poker run falls during the long weekend of Virgin Islands Day, and two weeks before Christmas in July. Mr. Hull said he’s heard strong interest from boaters in Puerto Rico and the United States VI who look forward to celebrating the holidays here. Charitable focus