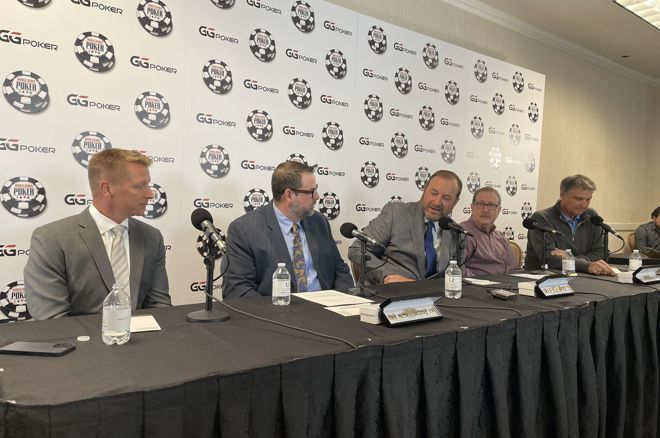 The 2022 World Series of Poker (WSOP) doesn’t officially begin until May 31, but on Thursday, May 26 officials gave a first look by offering assorted media a tour of Bally’s and Paris Las Vegas Hotel & Casino as well as a press conference for virtual attendees.

Not only did the poker community get a look at the new home of the WSOP, they also received answers to several lingering questions including information on parking, registration, restaurants, and more.

At the press conference, this year’s WSOP gold bracelets were revealed, though not the one for the Main Event. Officials indicated that wouldn’t be ready until late June, but hinted that it was going to be extra special with some features they think players are going to love.

It was clear officials are expecting the 2022 WSOP to be the biggest yet, not only in terms of space and staff (they have 582 tables as of right now and over 1,000 dealers , both all-time highs), but in turnout as well. In fact, Stewart rarely goes on the record when speculating on such things, but in terms of the Main Event he stated that he would take the over on 8,774 players and followed it up by stating that he believes it could be the largest ever.

In addition to the Main Event, officials highlighted several events including the $500 Housewarming on opening weekend, the $1,000,000 Bounty Event on July 2 (which will awared bounties ranging from $1,000-$1 million starting on Day 2), and the Tournament of Champions , which will be open to all 2022 WSOP live and online bracelet winners as well as those who’ve captured rings on […]