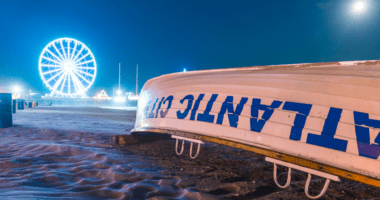 Bridging the gap between the eSports player and the traditional casino industry will be the focus of the CEC/EIC Northeast Summit in Atlantic City on October 18-19 .

Drawing the next generation of players is always a key focus of the US casino industry, especially in the large hub of the NJ online casino market.

To the layman, it seems like a natural fit . Young people are now accustomed to playing games online, linking up with fellow players around the world in games such as Fortnite or League of Legends at any time.

The casino industry works in a similar dimension. Brick and mortar casinos are open 24-7, but it’s usually man/woman vs. machine either in a slot machine or video poker or man vs. man in a table game. Those games differ from the eSports model because they all come with money at stake, and, no matter what, the casino gets a piece. Drawing in the eSports crowd for New Jersey

Andrew Weilgus is the executive director of the Esports Innovation Center at Stockton University. He sees a new era where players show up at a casino and can quickly go head-to-head in MarioKart against another player (don’t throw that mushroom at me!), place a small bet, winner takes almost all. “That’s a time-tested model,” Weilgus said in an interview on Yogonet discussing the conference. “Being able to regulate and introduce those types of technologies into a casino environment is something we’re hoping to facilitate.” Weilgus looks at the current casino infrastructure in Atlantic City and sees an area teeming with eSports opportunities. But there are concerns. One is what casino is going to pull out money-making tables and machines to make room for an eSports tournament lab?

But the way to do that is by making the location more attractive than the stereotypical computer basement set-up. If you build it, they will come and play. “There is no infrastructure in place in the casino market right now to facilitate what we are discussing,” Weilgus said. “We’re trying to create technologies and work with the regulators that are involved to put […]