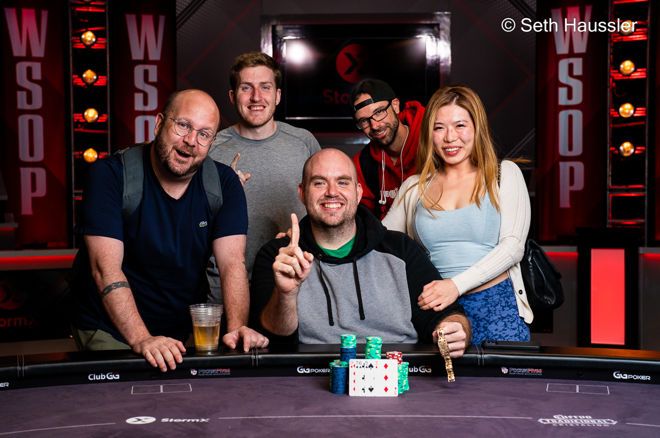 The win was a long time coming for Coleman. He came into the event with 44 career WSOP cashes and three final table appearances dating back to 2013, but no bracelet to show for it. Over the years, the bracelet was always something that was on his mind.

“It feels great. It’s something I’ve wanted to win. I’ve had some deep runs and good scores, but no bracelet,” he said following his win. Event #29: $1,500 No-Limit 2-7 Lowball Draw Final Table Results

Coleman showed and Newton, with a jack-nine showing, was already drawing dead heading to the draw. Throughout the long day, Coleman tried to keep his patience and his focus on his main goal.

“The bracelet. Just really wanted to win it. Try to play my best. He took the lead there—I had the lead going in—but made some hands to come back,” he said.

Day 3 Action Soccer star Max Kruse finished in seventh place The final day began with 19 players returning from a record-smashing field of 437, blowing past the previous tournament best of 296 in 2019. Coleman had the chip lead at the start of the eight-handed unofficial table as Jonathan McGowan (eighth) and German soccer pro Max Kruse (seventh) fell early on.

Coleman eliminated Tomas Szwarcberg in sixth place, but it was a hand against Brazilian online legend Yuri Dzivielevski that propelled him […]