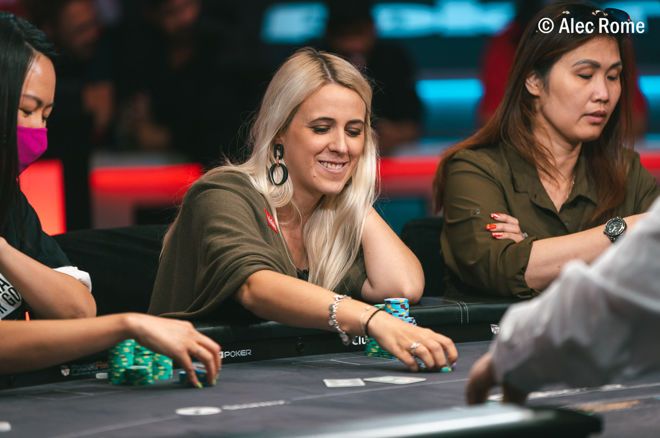 jessica teusl Austria’s Jessica Teusl won her first World Series of Poker bracelet earlier this week in Event #61: Ladies No-Limit Hold’em Championship to win $166,975 and to make her the latest PokerNews WSOP Player of the Week .

Here’s a look at Teusl’s performance so far at her first domestic WSOP, which has consisted of five cashes and two final table appearances for a total of $299,432 in earnings . Stellar WSOP Debut

“I was very deep in that and I had a really good stack,” Teusl told PokerNews in an interview on Friday.

Both players built up stacks in their respective events and Lehner ended up winning his first bracelet and $558,616 in the $3,000 event. Teusl went on a run of her own, meanwhile, finishing 8th in the Monster Stack for $120,455 — more than four times her previous biggest score of $29,365 from a 2020 Casinos Austria Poker Tour event. Stefan Lehner “It was amazing,” said Teusl. “He was heads-up … and I was playing the Monster Stack! And that was my first deep run.”

But that was just the start for Teusl. Earlier this week, Teusl found herself at the final table of the Ladies Championship against the likes of Cherish Andrews , Christina Gollins and Linh Nguyen .

“I had some bad beats at the beginning and I was really short all the days,” she said. “And also at the end I was really short, and it was a rollercoaster for me. When you’re on the final table and you have a little stack, then you realize, OK, you really have the chance for this bracelet.” Jessica Teusl Teusl ran up her stack and eventually got heads-up against Julie Le with a big chip lead, […]