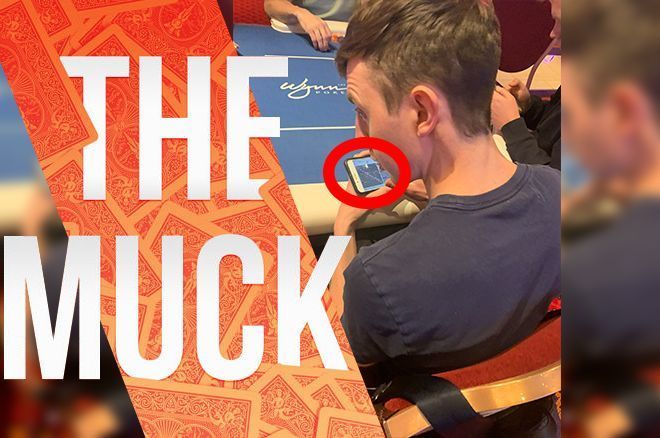 the muck poker RTA On Sunday, Jared Jaffee stirred the pot when he shared a photo on Twitter of Brock Wilson with what appears to be a preflop chart or a solver open on his phone during a live poker tournament.

Wilson wasn’t in a hand at the time when he was snapped glancing at a solver on his phone. He didn’t break any rules at the poker room he was playing in — Wynn Las Vegas . Still, there were many who debated if using any sort of real-time assistance (RTA) tools in live poker are acceptable, even just preflop charts. He Wasn’t in a Hand…

The use of RTA’s have been a hot button topic in recent months following the Ali Imsirovic and Jake Schindler cheating allegations. Real-time assistance tools can essentially turn a regular poker player into an unbeatable robot, although it should be noted that preflop charts cannot assist players in making post-flop decisions, and the photo Jaffee shared doesn’t prove Wilson had used any sort of RTA’s while in a hand, which Jaffee acknowledged and conceded in one tweet. Anyone else interested in implementing a rule that states anyone caught doing this at the table receives 10 lashes?… https://t.co/g2VJkqSaEc — jaredjaffee (@jaredjaffee21) Jaffee’s tweet received mixed responses, much like any controversial subject. Some felt Wilson did nothing wrong, while others felt otherwise.

“I see no problem with it unless its during the hand,” @DrBoogerLips wrote. Not Everyone Sees it that Way

Brock Wilson Matt Savage , the World Poker Tour’s executive tour director, posed a question on Twitter related to the live poker RTA issue. He sought the opinions of his followers.