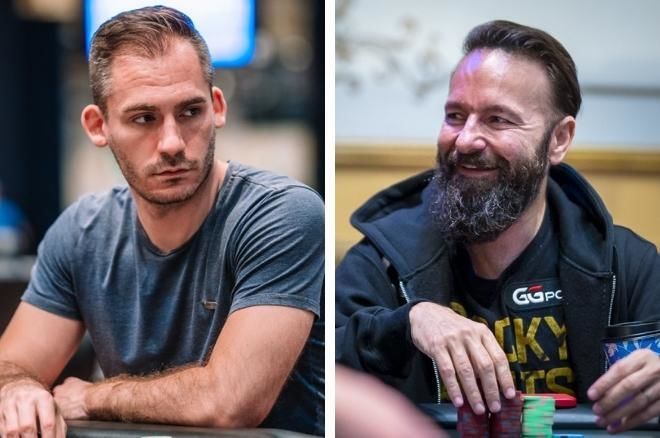 justin bonomo daniel negreanu Daniel Negreanu went off on Justin Bonomo in his Monday WSOP vlog, accusing his high-stakes foe of being a “cheater” and said that he’s “totally indoctrinated” by his social justice beliefs.

On Friday, after busting his second bullet in Event #50: $250,000 Super High Roller No-Limit Hold’em on a runner-runner bad beat , “DNegs” slammed his phone in frustration on the way out. ICYMI: Runner runner flush knocked @RealKidPoker out of the #WSOP $250k bracelet event. — PokerNews (@PokerNews) Most poker players on social media seemed to understand the frustration considering he’s down nearly $1 million for the summer, but Bonomo was highly critical and went so far as to accuse the Poker Hall of Famer of “violence” and that incidents such as this could make others feel unsafe at the table. Negreanu Fires Back

Negreanu began his Day 27 World Series of Poker vlog by defending himself against Bonomo’s tweets, and he didn’t hold back.

“Someone sent me a tweet where Whacko Bonomo said that if he tied his shoes in front of someone that he wouldn’t do it, because he’s totally indoctrinated and a lost cause,” Negreanu said. “The guy is a completely lost cause.”

Bonomo is openly a feminist and a progressive. Much like anyone with strong political or social beliefs, his tweets are often met with criticism from those who don’t align with the same ideology, but some feel the high-stakes pro sometimes goes a bit too far in his social justice campaign.

You can include Liv Boeree among that list. “I want to thank Liv for the tweet because when it comes from a woman, it’s a lot more powerful,” Negreanu continued. “The way that (Bonomo) approaches women is that he treats women like these delicate flowers and need, oh they need Justin Bonomo’s help and protection. Why are you minimizing women so much?” The Gloves Come Off

After Negreanu was finished going after Bonomo’s social justice platform, he moved on to the topic of poker cheating. More specifically, Bonomo’s past history in which he was banned online years ago for multi-accounting.