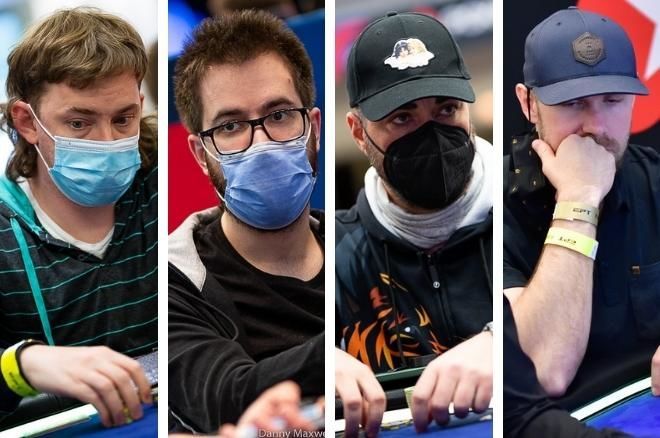 High Roller Players Cheating Allegations The 2022 PokerStars European Poker Tour presented by Monte-Carlo Casino®️ continued today with the €25,000 High Roller , with a field crammed with the very best poker players from around Europe and across the world.

With the ongoing conversation surrounding cheats and scandals within the High Roller poker tournament, we spoke with several participants for their thoughts on the current state of the High Roller scene. Chris Brewer

American Chris Brewer played in his first EPT festival earlier this year in Prague, winning a side event and cashing for over €400,000 (approx. $420,000). After a brief stint back in the United States, Brewer returned to Europe for the festival here on the French Riviera.

Brewer says that the past few weeks have been weird, with certain allegations being made public about members of the High Roller community.

“It does feel like everyone’s friends, so when you find out that something’s been happening, everyone’s like ‘What the fuck man?’” he says. “We all get along, we try not to screw or scam each other, so there is some level of players trying to protect one another.” “If the game is unsafe, the game’s unplayable” Playing in games that players know are safe and secure is the most important thing, according to Brewer.

“It’s the reason people don’t play private games or certain homes games – you don’t want to get cheated. If the game is unsafe, the game’s unplayable. Let’s say if you have a 10% chance of getting cheated, you probably can’t win money. I don’t think there’s a thing that’s more important [than having a safe game].”

Orpen Kisacikoglu agrees. He says that he has stopped playing online, owing to allegations of cheating such as ghosting, multi-accounting and real-time assistance (RTA) that takes place online.

“The whole thing made it so obvious that there might be so much more going on that we don’t even know about. Personally I just stopped playing online until further notice. “I’m never going to play if feel I’m being cheated […]