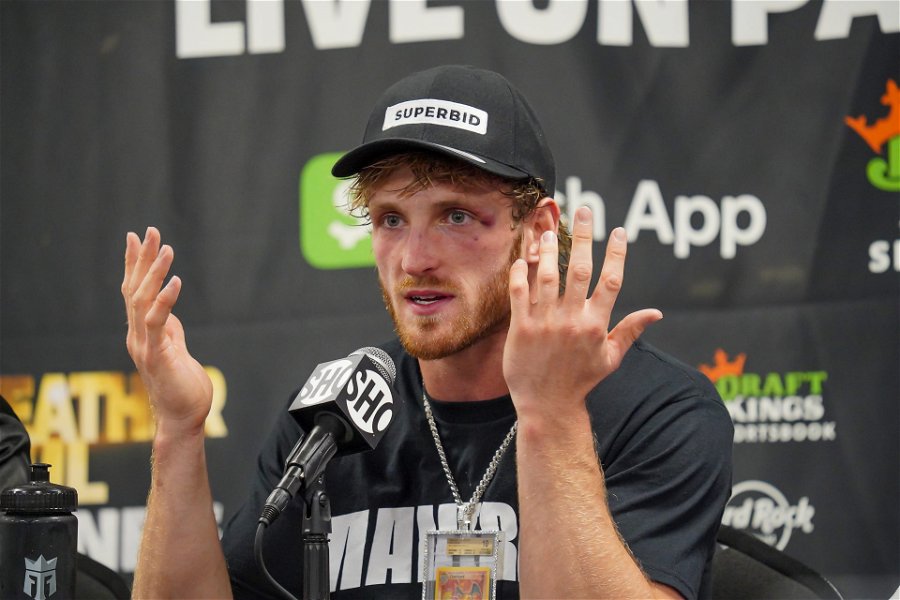 MIAMI, FL – JUNE 6: Logan Paul meets with the press following the Mayweather vs Paul: Bragging Rights boxing event on June 06, 2021, at Hard Rock Stadium in Miami, Florida. (Photo by Louis Grasse/PxImages/Icon Sportswire via Getty Images) On June 4th Logan Paul announced that he would be auctioning his #40 Original NFT, the #404 error and one of its perks was that the buyer of the NFT will get a chance to appear in Paul’s podcast, Impaulsive.

However, what Paul did not expect was that it would sell for 165 Ethereum or $300,000 in the auction, and the person who bought the NFT was none other than entrepreneur and social media personality Dan Fleyshman. After his extremely pricey purchase, he was given the privilege to join The Maverick on Impaulsive where he went on to share a story of how he lost a company worth $65 million overnight. Fleyshman shares the story of how he lost his company

During the podcast, Paul asked Fleyshman to give a little background about his profession and how he made “so much money” after which Fleyshman revealed that he worked with social media personality and professional poker player Dan Bilzerian to form an online poker company.

He then went on to reveal that the site was shut down after poker was banned from the United States. “ And boom poker gets shut down in America lose a 65 million dollar company overnight,” he added.

However, he stated that this was the best thing to have happened to him and that it was the start of a new professional journey for the entrepreneur. The 99 Originals project by Logan Paul

The 99 Originals project is Paul’s latest NFT venture, where the Youtuber will auction 99 polaroids in the form of NFT tokens with other perks also given to the […]