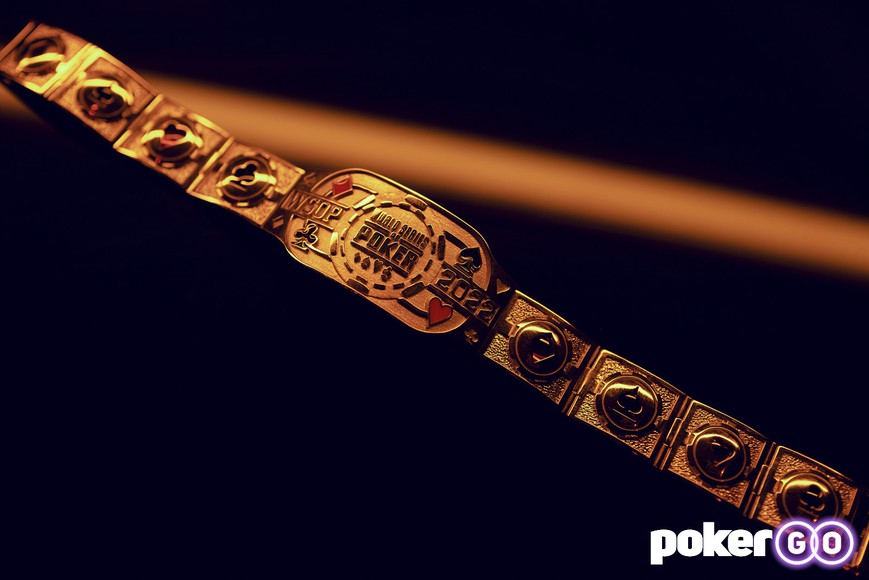 Courtesy of PokerGO The WSOP live series has almost reached its halfway mark and the domestic online bracelets are in full swing. For those outside the US wanting to compete for the WSOP coveted gold jewelry, the good news is that the online bracelet series on GGPoker will make a return for the third year in a row.

A GGPoker representative in response to a player’s query on the operator’s newly launched Reddit community confirmed that the virtual bracelet series will make a comeback for the international players and that the dates & schedule are in the works.

“[T]he dates/schedule are still being worked out — we will post an announcement here on the sub once we have more news,” the spokesperson wrote. Last verified: June 2022

While it is unknown when exactly the series would return, the series will likely run once the live WSOP series (currently taking place at the Bally’s and Paris in Las Vegas) comes to an end. The live series winds up on July 20. GG WSOP Online Bracelet Series 2022: What to Expect:

Expected to run in August – September

$5k Main Event with another $20 million guarantee should return

Other GG signature events likely to make a comeback Last year, the online portion of the bracelet series was held immediately after the domestic series came to an end on August 1. Back then, the live series had not run at its usual summer slot; instead, the series was held entirely in the fall due to Covid-19.A total of 33 online bracelets were held on GGPoker which spanned through mid-September. The series ultimately paid out $90 million , with an average of $2.7 million per event and a staggering 128k entries registered across the series. The $5000 buy-in Main Event played as a freezeout turned out to be valuable as it fell short of its ambitious $20 million guarantee by over half a million dollars. The inaugural edition, however, saw over 50 bracelets held on GG. That year, the […]