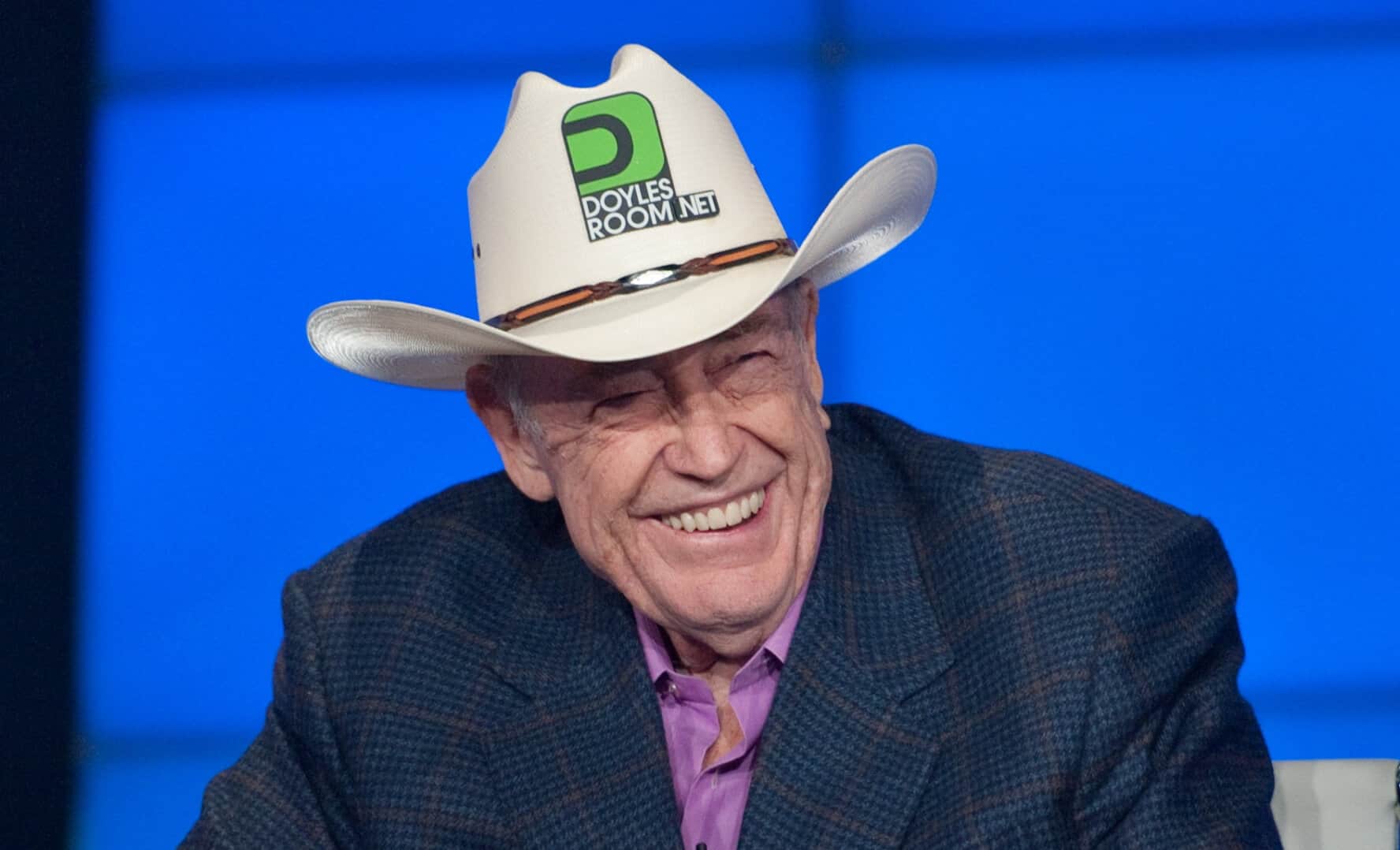 Source – flickr.com The Godfather of Poker

The player, of course, is Doyle Brunson. Some people know him as Texas Dolly; to all he is the Godfather of Poker.

Even at the World Series of Poker Main Event in 2021, when he was 88 years old, Brunson was there. He had a Stetson on his head, a fiercely aggressive poker game, and razor-sharp instincts and wits.

Through every stage of his incomparable career, Brunson has always been the best player at the table. He has won 10 World Series gold bracelets, including the Main Event twice, and his stats show tournament winnings of more than $6 million. But the actual amount of money he has wagered through poker’s most storied career – winning and losing; swinging high and low – is several hundred times that amount. He chose the following quotation as the epigraph of his autobiography and if anything, for Brunson, it’s an understatement: “When Luck Shuts the Door…”

The Brunson ride started in the west Texas Bible Belt, on August 10, 1933. Brunson grew up in what he describes as a “speck of […]