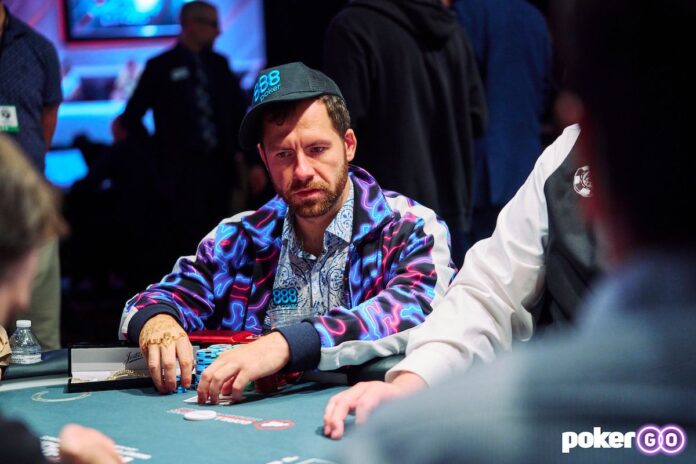 Cates, who won after an incredible, lengthy heads-up battle with Brazilian online poker legend Yuri Dzivielevsk, had dressed up as Randy ‘Macho Man’ Savage for much of the five days of battle and upon winning, Cates could almost have quoted the wrestling legend he is clearly is awe of, adapting his quote to being the “Best [PPCchampion] there is, past, present and future!”

At the five-handed final table, Germany’s Johannes Becker lost out in fifth, losing in no limit hold’em as his lost out to Benny Glaser’s after a board of saw the field reduced to four.

Despite winning that hand, Glaser would bust next, looking disconsolate as his words ‘Stand Pat’ ended his hopes of a fifth WSOP bracelet in a brutal hand of NL 2-7 Single Draw against

Noya Kihara. The Japanese player was trying to spin his way back into contention, but instead, the next hour or so proved fatal to his chances as he eventually slid out of contention to Cates, busting for $639,257.

That gave Cates a big lead, with the American going into the final duel with 25.9 million chips to the Brazilian’s 7.6 million. The lead would swap hands dozens of times during the next seven hours, however, until two hands of Limit 2-7 Triple Draw decided the championship. First, Cates made a bet that forced Dzivielevski to reappraise his better […]