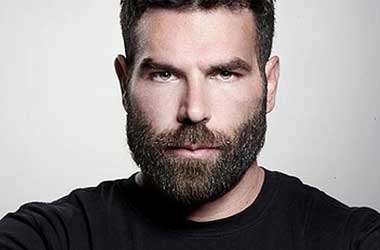 When it was first reported back in June that Dan Bilzerian was no longer a GGPoker ambassador, it wasn’t immediately known why the two parties decided to part ways.

A few days later, the social media influencer appeared on the No Jumper podcast hosted by popular YouTuber Adam22 during which he said that the partnership fell apart partly due to money matters, claiming he didn’t get what he was promised to get after driving tens of thousands of people to the site. But was Bilzerian really “ underpaid ” as he claimed to be, or did GGPoker axe him for making huge demands? King of Controversy

Dan Bilzerian ‘s stint at GGPoker had been controversial from the very start. The operator’s decision to sign him as an ambassador sparked outrage among the poker community and that wasn’t surprising at all. Bilzerian is a poker enthusiast but he is also well-known for being a notorious misogynist and having him on board to promote a game that has been struggling to attract women just sends the wrong message.

When the self-proclaimed King of Instagram talked about how his GGPoker sponsorship ended, he said he just couldn’t put his heart into promoting the site. He also cited financial issues as among the reasons for the termination of the partnership. Bilzerian Wanted $170,000 for Poker Trip

Bilzerian claimed GGPoker didn’t make good on its promise to pay him “ millions ” after attracting players to the site. However, during a recent episode of Adam22’s No Jumper podcast , it was revealed that Bilzerian had made huge demands from GGPoker.

There was one time when the 41-year-old allegedly asked the online poker operator for $170,000 to cover his travel expenses to participate in a poker tournament.Adam22 narrated that Bilzerian wanted to use his private jet to travel to a poker tournament […]