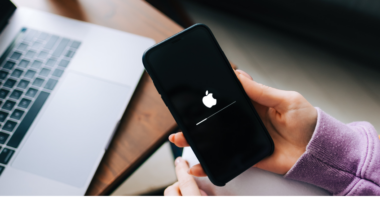 For online entertainment businesses, getting their products into a position where iPad and iPhone users can access them easily is a debate between whether they can afford to and afford not to. The coming Apple iOS16 update could change that debate.

The upgrade to existing devices could help Apple open its platform up in new ways. While that could mean a new era of accessibility, market forces could limit the potential of the changes.

The possible effects on online casinos and online poker gambling apps are about a tangential change that could come in concert with the iOS16 implementation. What does the Apple iOS16 update entail?

The update, which devices will start to receive this fall , includes some big changes and some minor adjustments. Kif Leswing of CNBC reports that the most visible transformation will be on the lock screen .

Some of the lock screen updates are more aesthetic than functional. For example, there will be new wallpaper options. Notifications will appear at the bottom of the screen instead of the top. Users will be able to add a host of new widgets to their lock screens as well. That will make more information available without having to unlock the device.

A hotly sought feature that is coming to iMessage is the ability to edit and unsend messages. Apple Maps will also finally allow users to add multiple stops to a single route. If it seems like none of these twists will affect gambling apps that much, that’s a correct sentiment. Gambling app developers’ struggles with current iOS terms

For many gambling companies, building and maintaining an app for the App Store is a “Sophie’s Choice.”

Companies can, in theory, build “web-wrap” applications that iOS device users can access. Those have limited functionality on current devices, though. The difference between a “native” and a “web-wrap” app is that a native app is available on the App Store while native apps are available through a web browser.

Some of those differences in functionality are vital for gambling apps . For instance, web-wrap applications are unable to access the device’s location services while native applications […]