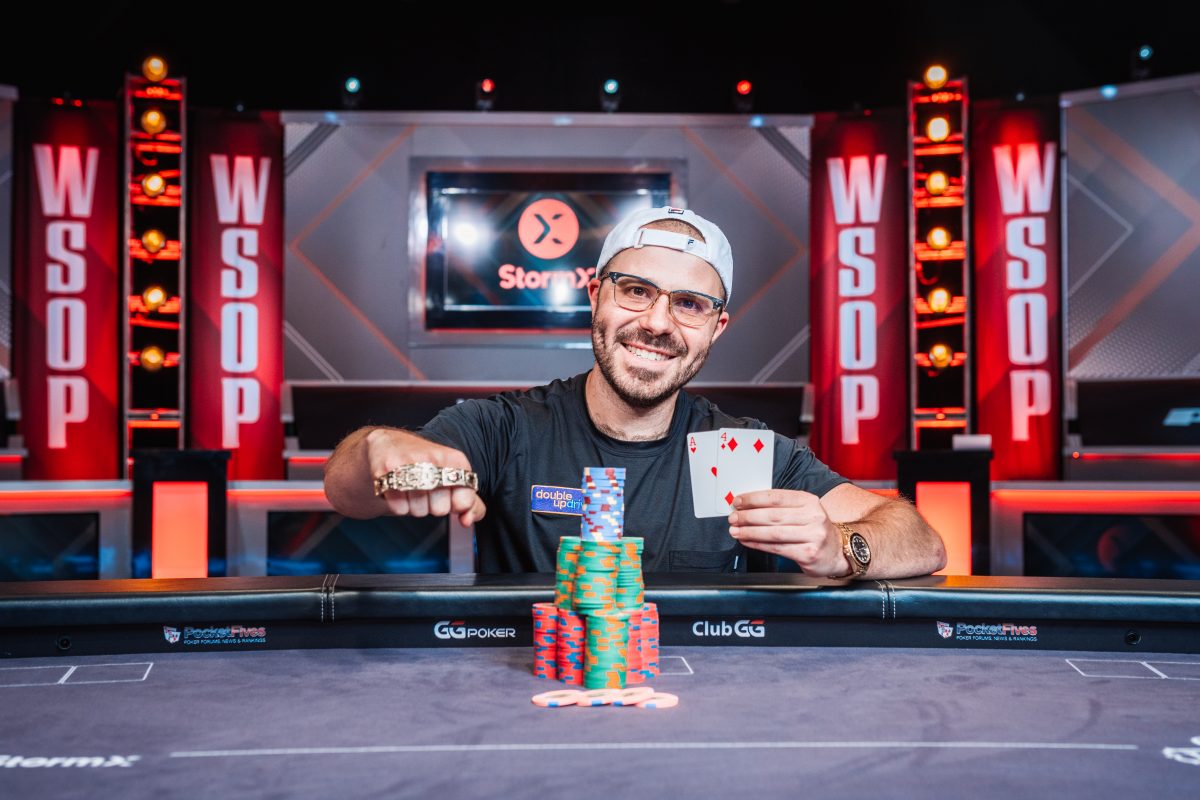 The World Series of Poker is off to a roaring, yet somewhat weird , start in its new home on the Vegas Strip. In the first week, a couple of pros took their names off of the “best players without a bracelet” list, and several more showed why they can be counted on to run deep. Here’s a roundup of all of the WSOP bracelet winners through the first week of the series.

Katie Kopp got the WSOP started by winning the Casino Employees event, which traditionally kick-off the series. The traveling dealer turned her seventh WSOP cash into her first bracelet.

$1,166,810 Securing his fourth bracelet in the second event of the WSOP, Peter’s boosted his lifetime series winnings to more than $6 million. He also made the final table of the $50K High Roller five days later, where he finished fifth for $326,464. It was his 69th WSOP cash.(Image: WSOP) Scott Seiver $2,500 Freezeout 752 entries $320,059 Securing his fourth WSOP bracelet early in the series pushed Seiver toward $6 million in lifetime cashes at the Series since 2007. He battled poker legend Steve Zolotow at the final table, who finished third. Alexander Farahi was the runner-up.(Image: WSOP) Bradley Ruben $1,500 Dealer’s Choice 6-handed 430 entries $126,288 Another professional player securing his fourth bracelet, the Florida-based pro is making cashing at the series a habit. Ruben went on to cash twice more already this past week, and just missed a second final table three days after scooping the bling. Henrieto Acain $500 Housewarming 20,080 entries $701,215 The massive field saw the premiere of the WSOP’s new $5 million chips , and Acain was good enough to win them all. The four starting days and the 20,000-plus entries put 1 billion chips in play. It’s Acain’s second cash and first bracelet. Dan Smith $25K Heads-up Championship 64 entries $509,717 Take Smith’s name off the “best player to never […]