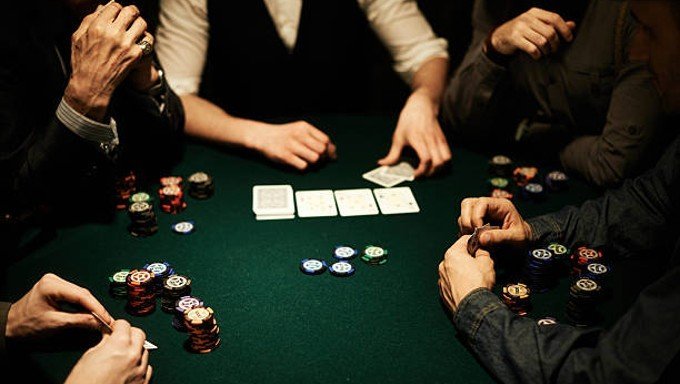 In June, poker players in Ontario and some U.S. states can go online to qualify for the first-ever BetMGM Poker Championship in Las Vegas. This includes a paid trip to Las Vegas.

The $3,500 buy-in BetMGM tournament is a no-limit hold ’em event with a guaranteed $1 million prize. Often called Texas hold ’em, this card game is the standard for championship events at major tournaments.

The live BetMGM Poker Championship is set for June 23-26 at Aria Resort & Casino on the Las Vegas Strip. How To Qualify For Free Las Vegas Trip

The poker players who qualify in online satellite events will receive prize packages that include a $3,500 buy-in for the inaugural BetMGM tournament in Las Vegas.

Travel expenses to Las Vegas and five-night at the Aria resort are included in the prize package, according to a BetMGM news release. At least 15 online players will be awarded a prize package.

Players in markets where the BetMGM poker is legal and live are eligible to compete in daily qualifiers and weekly satellite events.

In addition to players in Ontario, BetMGM Poker players in New Jersey, Pennsylvania, and Michigan can qualify for the tournament in Las Vegas, Anthony Mallamaci of BetMGM told Gambling.com.

Qualifying events are held throughout the week, including Sunday satellite competitions on May 28, June 5 and June 12. The Sunday events begin at 8 p.m. ET and require a $500 buy-in.

Players can register to participate in any qualifying event by logging onto their BetMGM Poker account.BetMGM is the sports betting division of Nevada-based MGM Resorts International, a prominent gaming operator in Las Vegas and globally. World Series Of Poker Also Scheduled This first-year BetMGM event is occurring during some of the same summer weeks as lthe World Series of Poker . The WSOP is longtime tournament now run by another Nevada-based gaming giant, Caesars Entertainment.MGM Resorts and Caesars Entertainment are among the dominant casino operators on the Strip.This year’s World Series of Poker runs from May 31-July 20. The main event begins July 3.The $10,000 main event has averaged 7,774 buy-ins every year for the past 10 […]