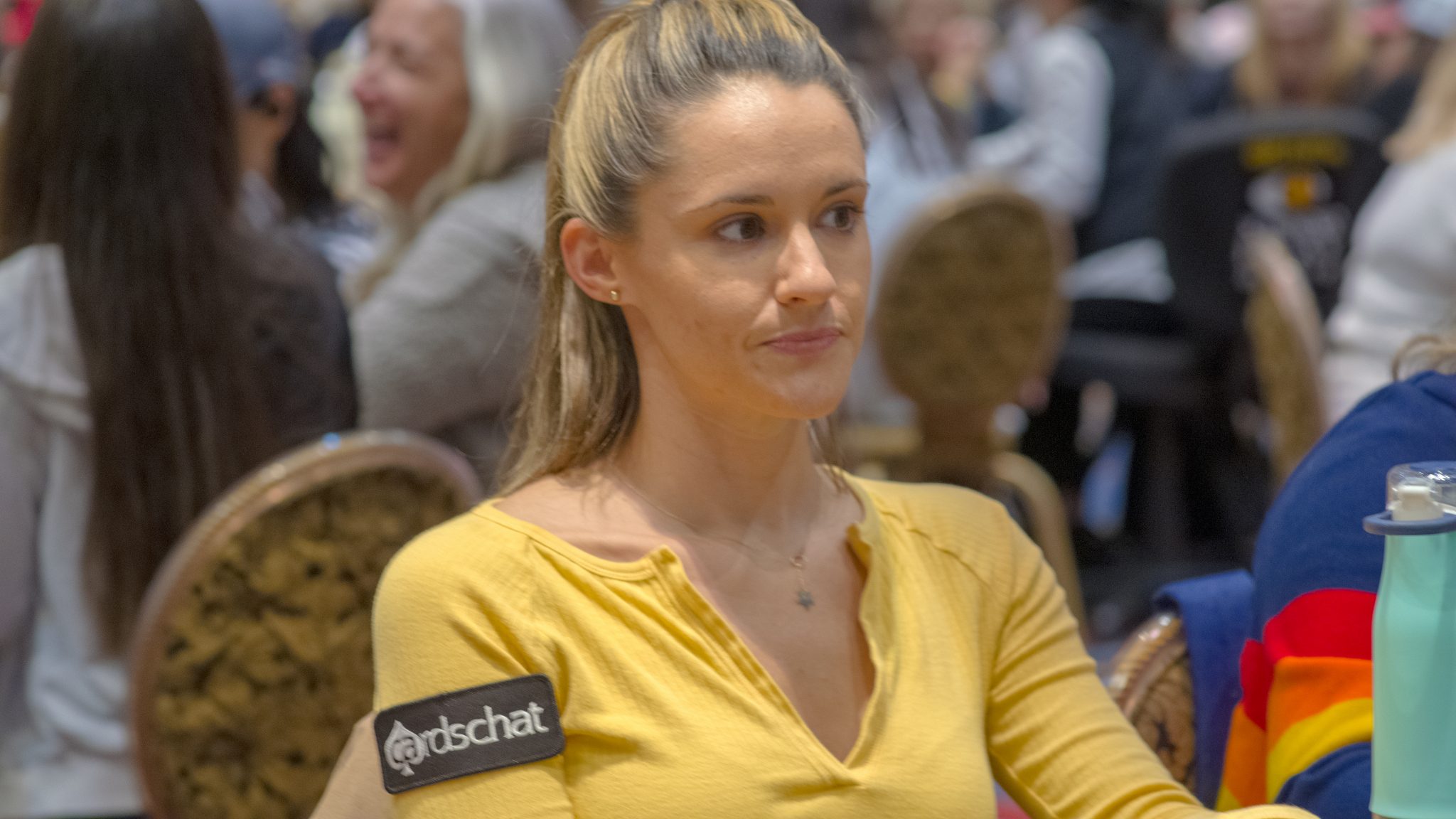 Like many other sports and industries, women are vastly underrepresented in professional poker. Despite making up half of the world’s population, only 5% of professional poker players are women . This unfortunate reality is the result of multiple circumstances that work to widen the gap between men and women. While there are many factors at play, and steps are constantly being taken to get more women interested in the game , such as a $1,000 Ladies No-Limit Championship at the World Series of Poker, there’s more work that needs to be done to help more women break through and promote gender equality. Professional poker player, vlogger, and CardsChat Ambassador Ashley Sleeth shares her experience and insight regarding gender equality in professional poker. (Image: Chris Wallace/CardsChat) With female players being outnumbered, their earnings figures are also significantly overshadowed by those of their male counterparts. For example, Efthymia Litsou won the most money among all women during the 2022 WSOP , earning $323,100. This figure doesn’t even put her in the top 100 when men are included. However, professional poker creates a different environment than other sports, as there are no separate leagues for men and women. Players of all genders compete head to head for the same prize money, but various factors still contribute to inequality in the game.

To gain a better understanding of what causes such a discrepancy in professional poker, CardsChat surveyed various female players to learn more about their own experiences. Along with the stereotypical “boys club” of the poker table turning many potential players away, a variety of other factors cause a lack of female representation. In this article, we’ll examine the circumstances that cause a reduced interest in the game among women. Lower pay causes less play

The Women’s Poker Association (WPA) and Poker Power recently conducted a survey aimed at women in poker , of which two-thirds of respondents were female. When asked why they don’t play poker, 25% of respondents said it was because they didn’t have the bankroll to fund such an interest, suggesting that issues beyond the poker industry itself […]