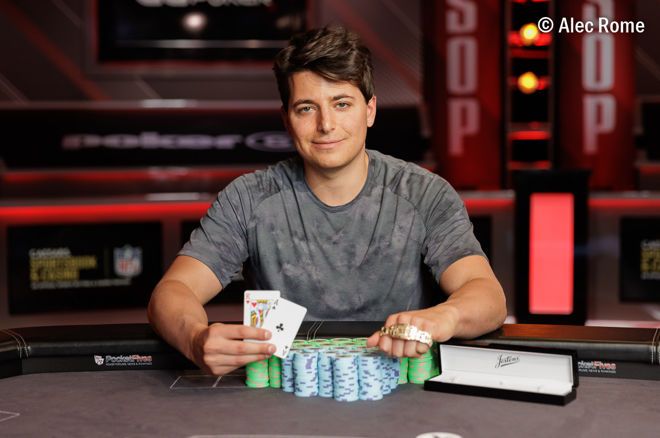 Jake Schindler In what turned out to be a quick final table at the World Series of Poker at Bally’s and Paris Las Vegas , it was Jake Schindler who came out on top in Event #12: $50,000 High Roller No-Limit Hold’em . Not only did the high-stakes pro capture his first WSOP gold bracelet, but he also pocketed a whopping $1,328,068 .

It was another milestone on the resume for Schindler as he defeated Brek Schutten in heads-up play, taking his name off the list of “best players without a bracelet”. With over $34 million in live tournament winnings, Schindler is highly regarded as one of the best players in the game.

Despite a black cloud hanging over his head from recent cheating allegations, Schindler has seemed to put that past him. Coming off a runner-up finish in the $25,000 High Roller earlier this week, Schindler has finally claimed the top spot on the podium. The Pennsylvania native declined to speak afterward, but it’s hard to dispute that he is one of the best no-limit hold’em players over the past decade.

The last hand of the tournament turned out to be a cooler as both players were dealt premium hands. Schindler held ace-king and was dominating the ace-queen suited of Schutten. A king on the flop put Schindler well out front and Schutten was left drawing dead on the turn.

Schindler put himself in a great position to end the match after making a hero call with top pair just a couple of hands before. As for Schutten, he will have to wait another day to try and win his first WSOP bracelet but will still walk away with more than $820,000 for his efforts today. Final Day Action

The third and final day kicked off with six players returning to their seats with hopes of capturing a WSOP gold bracelet. Andrew Lichtenberger came in as the short stack with […]