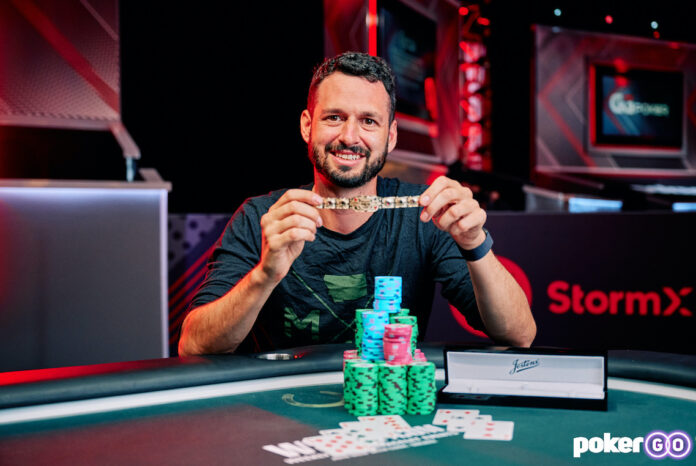 Far from that being his only major live score, Livingston has become a tournament mainstay over recent years, cashing for $6 million in career earnings in live tournaments alone, and had another successful summer in Las Vegas. With Over $275,000 in winnings from six cashes in the 2022 WSOP alone, Livingston won Event #9 on this year’s schedule for his first-ever bracelet.

Can Livingston conquer our notoriously difficult set of questions in the latest edition of 15 Bigs , however? Let’s put him to the test.

You’re on a long-haul flight and can only choose one TV Show or Movie to watch on repeat, which is your pick?

The Office , hands down.

He’s not the only one to pick the popular sitcom there – Josh Arieh said exactly the same .

If you were stranded on a desert island with one book for company, what would it be?

I’d probably pick a book of very difficult puzzles, to keep me occupied for a long time.

What’s the song you could listen to on repeat forever? Deliverance by Bubba Sparxxx. I say this because I actually listened to it for 17 hours straight once playing Borgata $5/$10 no limit. 17 hours straight?! What a session. If you haven’t heard it for yourself, join Livingston in putting it on repeat. What’s your favourite place to play poker and why? Amsterdam – awesome casino and city. Livingston has that in common with the 2013 WSOP world champion Ryan Riess, as we found out last month . If you were to be shot at dawn, what would be your last meal and drink? Steak, corn on the cob and a really good red wine. Where’s […]