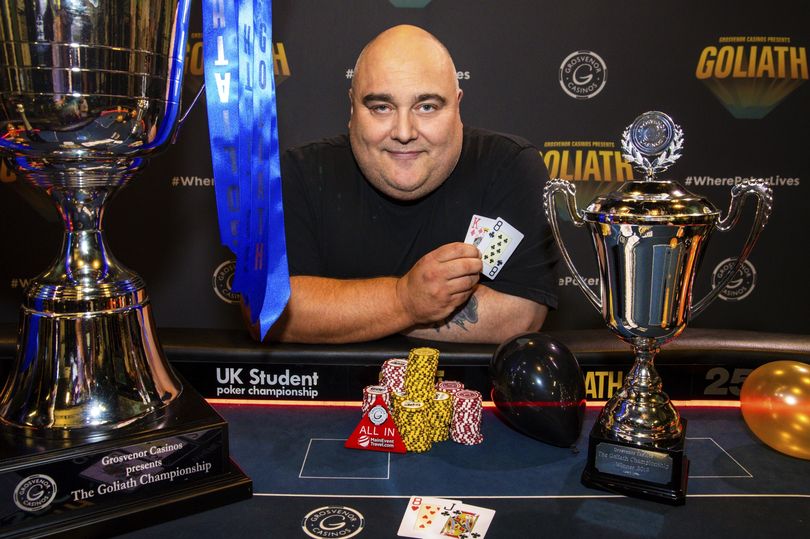 2019 Goliath winner Lee Reynolds Europe’s biggest live poker tournament is set to be held in Coventry and you could be in with a chance to grab a share of the estimated prize pool of £1 million. Goliath X is expected to attract more than 10,000 competitors over the course of two weeks when it is held at the Grosvenor Casino at Coventry Building Society Arena .

The 10-day event is the largest live poker tournament outside of Las Vegas and will see players compete to come out on top to scoop a huge prize. It will be the tenth time the tournament has been held here in Coventry.

Goliath launched in 2011 but was last held in-person in 2019 due to Covid-19 restrictions. Since launching, it has continued to grow every single year and for a lot of poker players it’s their ‘World Series of Poker’ in the UK.

It is open to all and officials say it is a fun and friendly poker tournament suitable for players of all levels, with a buy-in of £150. The Goliath Main Event includes seven days of qualifying rounds from Saturday August, 27 to Friday, September 2 with the players who remain from each of those days returning for the Day 2 on Saturday, September 3.

After another full day of poker, the field will be whittled down to around 50 players who return for the final day on Sunday, September 4 – with the substantial cash prizes up for grabs. Reigning champion Lee Reynolds came away with the Goliath Trophy in 2019 after topping a 9,300 strong field and banking a cool £64,601.

The prize pot and competitor numbers have soared since the inaugural Goliath in 2011, when Lee Rawson outlasted 1,764 opponents and won £32,705. Ahead of the tournament, daily online qualifiers have been taking place, offering the chance to compete in the tournament for as little as £1.

Igor Zydek, General Manager at Grosvenor Casino Coventry, said: “Goliath is a one-of-a-kind festival of poker here in the UK and its as big […]