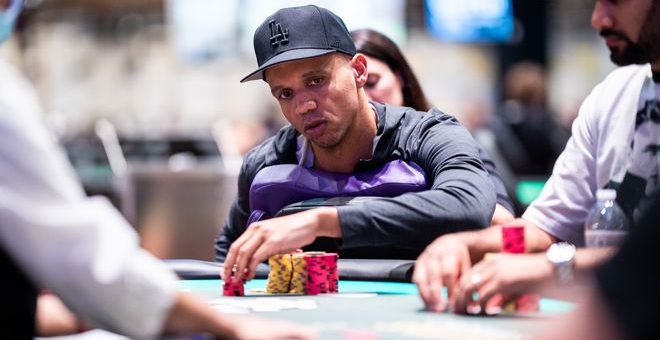 PokerNews is known throughout the world for our industry-leading live updates for both live and online events. In fact, right now we’re offering various updates right here .

Over the years, we’ve captured memorable hands, many of which have become a part of poker history. In this column, we will bring you some of the biggest hands as reported in the PokerNews Live Updates from the last couple of weeks in the 2022 World Series of Poker (WSOP) .

Remember, if you’re playing an event PokerNews is covering, you can get in the updates via the MyStack App . You can download the app for iPhone or Android now to get started. Then, create a new PokerNews account or update your current one to start updating your status immediately. Your followers can see all the live action that you’re involved in.

Yuval Bronshtein On Day 2 of the Event #56: $50,000 Poker Players Championship it was a game of pot-limit Omaha (PLO) in Level 9 (2,000/4,000/4,000) when Yuval Bronshtein raised to 9,000 in the cutoff and Luke Schwartz called on the button. Lyle Berman then announced raise out of the small blind without declaring an amount and first pushed nine yellow T-1,000 chips forward before he attempted to raise it to 30,000 in total.

The floor was called and since the ruling had been changed a few years ago, it was ruled as a forced min-raise to 14,000. That brought David Williams in the big blind along and the calls by Bronshtein and Schwartz followed with Bronshtein joking that this might develop into a huge pot.

On a flop of , Berman bet 60,000 and Williams raised to 240,000 near instantly. “Oh wow, it might really happen,” Bronshtein said and gave it some consideration before he then moved all in. That got rid of Schwartz and Berman before Williams asked for a count.