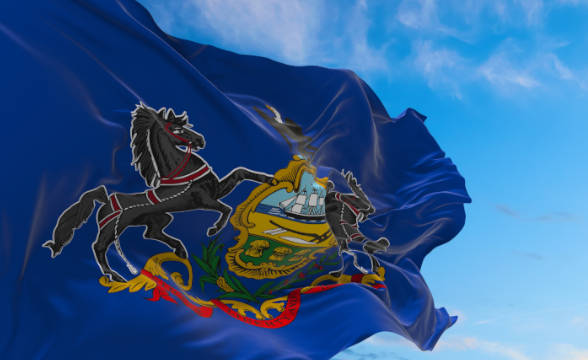 May is over and casinos in Pennsylvania have been able to muster the latest numbers which have confirmed the downward trend the Keystone State has experienced for a while now. Following an all-time high posted in March, Pennsylvania’s casinos have been slipping on the results. Pennsylvania Casinos Results Slide Further

Revenue for the month of May this year stood at $447.7 million based on data revealed by the Pennsylvania Gaming Control Board. This constitutes a $13.8 million drop compared to April when the revenue stood at $461.6 million. The revenue was also down on the March results when casinos managed to notch up $462.7 million, which is the highest on record since the PGCB started tracking revenue.

But despite the overall decline and downward trend since March, results for May were actually higher by 8% year-over-year. In comparison, casinos in May 2021 collected only $413.1 million in revenue, so casinos have been largely able to pick up the pace once again and make things work.

Meanwhile, legal gambling and fantasy contests on sports led to an additional $181.6 million in tax revenue which was directed to Pennsylvania’s state coffers. A total of 16 licensees operate in Pennsylvania today and they have been contributing to the state by generating a hefty tax penny.

Lady Luck Casino Nemacolin posted just $2 million, mostly generated from slot machines with $137,376 coming from table games. Then, Live! Casino Pittsburgh climbed up to $9.5 million, once again with slots being the biggest drivers of revenue. Interestingly, retail still remained king in Pennsylvania in May.A total of $205.6 million was generated from retail slot gaming compared to $78.2 million for online slots. Some $88.5 million came in from retail table games compared to $32.2 million […]